Senator McKenzie said the North Bellarine Aquatic and Leisure Centre is an example of transformative health infrastructure delivered by the former Coalition government for the regions.

‘Community members of all ages will benefit from health and educational outcomes through this facility, improving swim safety and fitness for students, families and seniors across the Bellarine,” Senator McKenzie said.

“I am delighted that Council has rejected demands by local Federal Labor MPs, Richard Marles and Libby Coker, to shut down construction of this pool.  These bully boy tactics only serve to hurt regional communities on the Bellarine Peninsula.

“Prime Minister Albanese must pull Mr Marles and Ms Coker into line and confirm that his government will not be terminating the $10 million funding agreement between the Commonwealth and Council.

Where is Infrastructure Minister, Catherine King, on this project who has gone silent after improperly announcing that Labor would be utilising $15.5 million from Stage 1 to build an indoor aquatic centre?  Knowing that funding and construction agreements are in place, she clearly misled the community.  This shows that Labor’s new Infrastructure Minister is clearly out of her depth,” Senator McKenzie concluded.

After writing to Prime Minister Albanese on 20 June 2022 here asking that he overturn Mr Marles and Ms Coker’s vindictive and heartless plan, Senator Henderson said the Albanese Government must deliver the remaining $5 million of Commonwealth monies to Council, as the funding agreement provides.

“While construction of the stage 1 outdoor, eight lane, 50-metre heated pool, complete with changerooms, community lawn and kiosk, will remain on track, Council cannot be left with a $5 million dollar black hole in its budget which is why Federal Labor must honour its funding agreement.”

“I am delighted that all excavation works for the new pool have been completed and the concrete pour will commence next week.  This outdoor pool, along with the proposed stage 2 indoor aquatic facility, will not only be a major boost for community health and well-being, but it will also save lives,” Senator Henderson said.

“Richard Marles and Libby Coker are doing everything in their power to sabotage an aquatic facility for the north Bellarine which was delivered by the former Coalition government while they were missing in action and providing no funding commitment.”

Consistent with my original vision, I commend Council for developing plans for a $45 million Stage 2 indoor aquatic facility, which includes a warm water pool, a learn to swim pool and a children’s leisure pool, gym, allied health facilities and community café.

“Rather than try to destroy projects midway through construction, Mr Marles and Ms Coker need to work co-operatively with Council to deliver much needed community infrastructure for our region including the Stage 2 indoor pool,” Senator Henderson said. 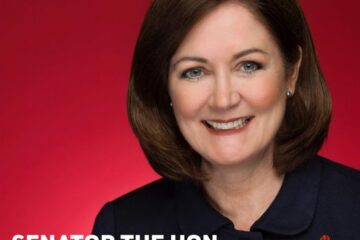 Appointment as Shadow Minister for Communications

I am deeply honoured to be appointed Shadow Minister for Communications by the Leader of the Opposition, Peter Dutton. As a member of shadow cabinet, I am delighted to take on this challenge in such Read more…