Text of letter to the Hon Anthony Albanese PM

I write to seek your urgent intervention in relation to Stage 1 of the North Bellarine Aquatic and Leisure Centre (NBALC), a $15.5 million project jointly funded by the Australian Government ($10 million) and the City of Greater Geelong (Council) ($5.5 million), pursuant to a funding agreement between the parties (Funding Agreement), which is currently under construction.

Stage 1 of NBALC, located in Drysdale across the road from Bellarine Secondary College, St Ignatius College Geelong and St Thomas Primary School, comprises an eight lane, 50-metre outdoor pool, which will be heated all year round, along with all abilities change facilities, an entry pavilion, kiosk, tiered covered seating, a landscaped community lawn areas with more than 100 trees and a 60 space carpark.

2. In contrast to Labor’s decision not to commit construction funding to a north Bellarine aquatic facility in 2019, I am proud that my announcement of a $10 million 2019 election commitment for Stage 1 – as the former member for Corangamite – made NBALC happen in strong partnership with Council which subsequently provided $5.5 million to fully fund the project.

Dire consequences of Labor’s plan to shut down Stage 1

3. I am deeply concerned to learn that Corio MP Richard Marles, the Deputy Prime Minister and Minister for Defence, and Corangamite MP Libby Coker have informed Council that your government intends to terminate the Funding Agreement and shut down construction of the Stage 1 outdoor pool so that options to build an indoor aquatic facility only can be considered.

4. Should your government proceed with this vindictive and heartless plan to destroy this project, this will have dire consequences for the health and well-being of our community. I am frankly astonished that your government would even consider shutting down a project midway through construction, and subject to a $13.03 million construction agreement with Kane Constructions, which would jeopardise many local jobs.

5. Not only would such a decision be an act of extreme bad faith, but it would also set a very dangerous legal precedent in that it would undermine the confidence of any council to do business with your government. The right of termination should only ever be exercised by the Commonwealth in the most extreme of circumstances, and not on a whim or without cause.

6. Working with the community, my vision has always been to deliver a Stage 2 indoor aquatic centre to be constructed alongside the outdoor pool when more funding became available.

7. I am delighted that Council has now developed Stage 2 concept plans for an indoor aquatic centre which includes three separate indoor pools – a learn to swim pool, a warm water pool and children’s leisure pool – along with spa and sauna facilities, gymnasium, allied health facilities and café with space for community gatherings. The estimated cost of Stage 2 is $45 million.  Council intends to incorporate feedback from its community consultation to further inform the design and scope of this project.

Labor’s aquatic plan does not stack up

8. Prior to the 2022 federal election, while the Liberal Party committed $20 million to Stage 2, Ms Coker announced a $20 million commitment to an indoor aquatic centre only.  In doing so, she misled the community by claiming “there is $35.5m available for a new aquatic centre”, wrongly asserting that $15.5 million from Stage 1 could be utilised.  The fact is that only $5 million of Commonwealth monies from Stage 1 remain unspent.

9. If the Funding Agreement was to be terminated, the Commonwealth would also arguably be liable for Council’s costs as a result of being left with insufficient funds to meet its contractual commitments to Kane. Of course, the Commonwealth does not have the power to stop or delay Stage 1 – this is solely a matter for Council.

10. I also note with concern that Labor’s aquatic centre proposal has not been subjected to any merits evaluation – there are no designs or plans, it is uncosted, there has been no independent community consultation, it is dramatically underfunded, and it is not supported by Council.  Any decision to shut down Stage 1 and re-scope the project from scratch, leaving a hole in the ground and no pool at all, would likely delay the delivery of an aquatic centre by a number of years.

11. As reiterated by the Royal Life Saving Society in its 2021 National Drowning Report, the social, health and economic benefits of the aquatic industry to Australia are worth more than $9 billion. In the wake of the pandemic, the Society warned that “Swim school closures and falling learn to swim enrolments may have generational impacts on swimming and lifesaving skills.”  Tragically, there were 294 drownings in Australia in 2021, a 20 per cent increase on the previous year.

12. In its extensive community consultation, Council has identified that people living on the north Bellarine including in St Leonards, Indented Head, Portarlington, Drysdale, Clifton Springs and Curlewis do not have the same access to aquatic facilities as other parts of the Geelong region, and that this is having a detrimental community impact.

Prime Minister, I seek your urgent intervention so that the community can be assured that the Stage 1 outdoor pool will proceed as planned.  I am also seeking the same urgent assurance from Council.

I also urge your government to disregard Mr Marles and Ms Coker’s divisive political games and immediately direct your $20 million commitment to the Stage 2 indoor aquatic centre which, I trust, will help attract state funding and fast track its delivery.

I look forward to your response as soon as possible. 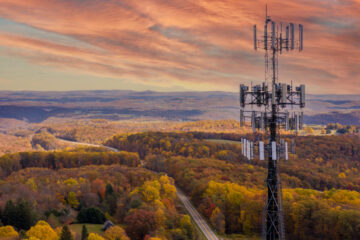 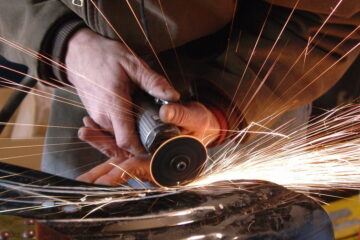