Senator HENDERSON (Victoria) (15:17): I’m fed up with being mischaracterised by Labor on these matters. What we are seeing right now is a grubby campaign to denigrate the Prime Minister. We have an inherent right, in the Liberal and National parties, to cross the floor. Senators have not mentioned Senator Fierravanti-Wells or Senator McMahon, who crossed the floor. Don’t they matter? What we are seeing here is a continuing grubby attempt by the Labor Party to denigrate the campaign and rewrite history.

The fact of the matter is that our government has done more for Australian women than any other government before. When I talk about what we are doing for Australian women, I talk about the, in excess of, $1 billion that we are providing for women’s safety, on matters such as emergency accommodation. Did members opposite, the former Labor federal government, ever make a provision for women fleeing family violence? Did the former Labor government ever think that it might be a good idea to provide support in emergency situations, when women are fleeing family violence, through finance for emergency accommodation?

We have provided an absolute record amount of funding to care for women and children in their hour of need: more flexible parental leave; accessible, affordable child care—not child care for millionaires, which is Labor’s policy. Labor’s policy is about more money going to millionaires than ever before. Our government is providing child care to those who need it the most, those who are in the lower and medium income brackets. Labor’s childcare policy is a disgrace. Look at our record on closing the gender pay gap. It was at a record low, under us, of 13.4 per cent. It now sits at 14.2 per cent, down from 17.4 per cent under the previous Labor government. So when we talk about caring for women, I can tell you right now this is one of the most caring workplaces I have ever worked in. I’ve put that on the record before. But I will call out bad behaviour and I have, as I did, with the member for Higgins, on Insiders earlier this year in relation to Mr Laming.

As for our Respect@Work report, let me put on the record that nearly all of the recommendations have been implemented by our government. There are some, of course, that can only be implemented by the states and territories, so I correct the record in that respect. We are really proud of the work that we are doing.

I say to the member for Bass, who has got courage, what a wonderful party we are in where we celebrate the fact that we can exercise our conscience. Guess what happens to Labor senators and members if they cross the floor? If they exercise their conscience, they are expelled. They are the rules of Labor. There is no ability to stand up for what’s right or to exercise one’s own conscience in the Labor Party. You cross the floor and you are gone. So let’s stop the hypocrisy that we are hearing from Labor in this debate. 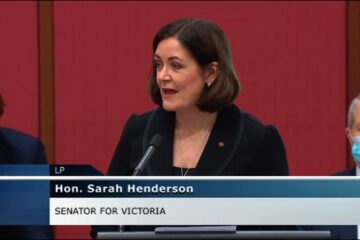 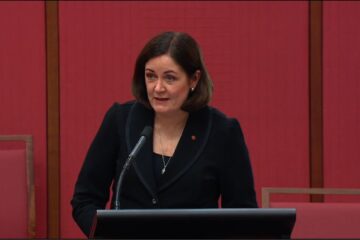 Question without notice to Minister Colbeck, How Australia’s COVID-19 vaccine rollout is protecting all Australians, 22 November 2021

Senator HENDERSON (Victoria) (14:15): My question is to the Minister representing the Minister for Health and Aged Care, Senator Colbeck. Can the minister update the Senate on Australia’s COVID-19 vaccine rollout and how Australia’s health Read more…