Today we have witnessed more climate crisis inside Labor. The resignation by the member for Hunter, Mr Fitzgibbon, from the frontbench is further evidence of what so many working Australians worked out a very long time ago—that Labor has deserted blue-collar workers, manufacturing workers, and workers in mines, oil refineries and energy intensive industries across this nation that depend on coal and gas. The climate zealots have taken over the Labor Party. In this group, I include the current member for Corangamite, Libby Coker, the member for Ballarat, Catherine King, and the member for Bendigo, Lisa Chesters—all members of Labor’s Socialist Left faction.

More than 860,000 Australians are directly employed in our manufacturing sector, the seventh-largest employing industry in Australia. The Office of the Chief Economist has estimated that for every one direct job in manufacturing there are approximately 3.6 indirect jobs, which are supported right along the supply chain. The member for Hunter could not have been more blunt: Labor has lost touch with traditional working people. Yesterday he went as far as to call Labor’s environment spokesperson, Mr Butler, delusional, saying, ‘Those who want to set Australia on a path to slower economic growth and large job losses are delusional.’ Mr Fitzgibbon has called out Labor’s reckless and irresponsible energy and climate policies, including the reckless and irresponsible policies it took to the last federal election—an uncosted 45 per cent emissions reduction target and a 50 per cent Renewable Energy Target.

These policies would have brought our mining, resources and energy intensive industries to their knees, including the Geelong refinery. Consider the hypocrisy of the member for Corio, Mr Marles. Corio is the home of so many manufacturers, including Geelong’s refinery. It wasn’t so long ago that Mr Marles declared the end of thermal coal would be a good thing. And tonight he stands with Mr Anthony Albanese in prosecuting policies that are destined to destroy the lives of so many who live in the Corio electorate. Mr Marles backed in carbon tax. He back in Mr Shorten’s reckless energy policies. He failed to act on fuel security when in government, unlike the Morrison government and the very important fuel security package we have announced, and he now stands with the climate zealots in trying to destroy so much of our manufacturing sector. He is selling out the people who voted him in. After so many years, it is time the people of Corio voted out Mr Marles.

I am proud that the Morrison government is taking real and practical action on climate change. When we make our commitments, we stick to them. We beat our Kyoto era targets by around 430 million tonnes and we are on track to meet and beat our 2030 Paris target. The most recent projections show Australia will exceed its 2030 target by 16 million tonnes. The Morrison government’s technology investment road map is a plan to create jobs, cut costs and reduce emissions. Our road map will support 130,000 jobs by 2030 and avoid in the order of 250 million tonnes of emissions per year by 2040. Let me reiterate: Australia is a world leader in renewable energy. In Australia’s national electricity market, wind and solar’s share of generation is 18 per cent. The OECD average is two-thirds of that and the global average is just 6.5 per cent.

On a per person basis, Australia is deploying new wind and solar at 10 times the global average—faster than the US, Europe or Japan. Now more than ever, it is crucial that our plan to lower emissions and meet our international targets works in tandem with our plans to restore our economy to full health. That’s why Australians must continue to reject Labor’s reckless energy and climate policies. 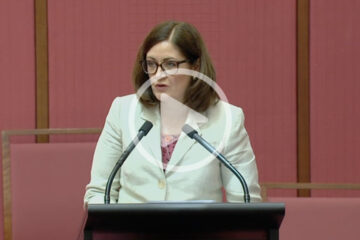 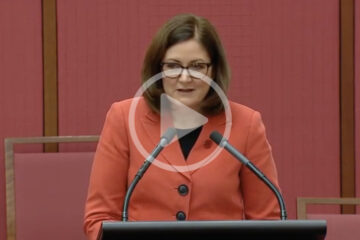 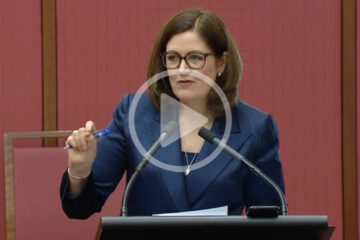