Senator HENDERSON (Victoria) (13:46): I rise to condemn in the strongest possible terms the decision of the WA Bar Association to defend the right of Victorian barrister and former Greens candidate Julian Burnside to make anti-Semitic comments on the grounds of free speech. The position adopted by Bar Association President Martin Cuerden, a senior counsel in Perth, is both shocking and appalling.

Anti-Semitism is racist hate speech at its very worst. It comes in many guises, from calling for Jews to be killed through to comparing contemporary Israeli policy to the horrific enslavement and genocide committed by the Nazis. In his letter to me, Mr Cuerden admonished me for my decision to call out Mr Burnside’s indefensible and offensive tweet which compared Israel’s treatment of the Palestinians with the German treatment of the Jews during the Holocaust.

The rules which govern barristers, enforceable under the law, provide they must not engage in conduct which is likely to diminish public confidence in the legal profession or to bring the legal profession into disrepute. It’s for this reason that I wrote to the Victorian Bar Council requesting that Mr Burnside’s conduct be investigated and referred to the Legal Services Commissioner. I’m pleased Mr Burnside has deleted his tweet and apologised, but, in raising my concerns, lodging my complaint and speaking out against any form of anti-Semitism, I was exercising and continue to exercise my free speech.

It is abhorrent that the WA Bar Association did not seek to condemn anti-Semitism or the conduct of Mr Burnside. It did not recognise my free speech. Well, I say to the WA Bar and all those barristers who agree with their president: shame on you. This president is not fit to continue as president. And I will not be intimidated. I will continue to stand up every single day for what is right and just and to call out anti-Semitism for the ugliness that it is. 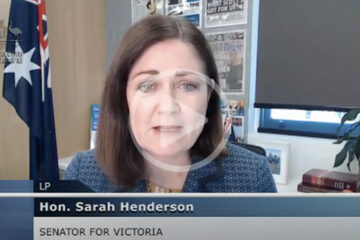 Senator HENDERSON (Victoria) (13:54): [by video link] I rise to raise serious concerns about the Victorian Government’s decision to prohibit Victorians from returning home under the guise of public health orders. For weeks now, hundreds Read more… 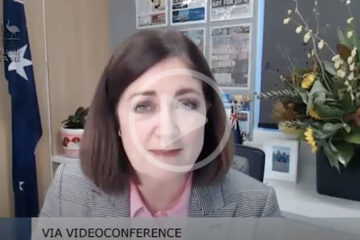 [by video link] It is my pleasure to rise and speak on this MPI which, regrettably, reflects the Labor Party’s determination to focus on petty politicking and personal political attacks and not the national interest. Read more… 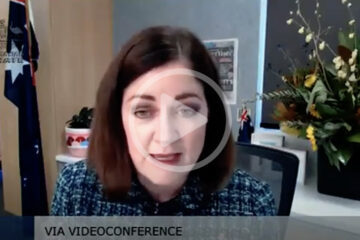 Senator HENDERSON (Victoria) (13:40):  [by video link] I rise to join with so many Australians to express my deep distress and heartbreak over the situation in Afghanistan. Over the last 20 years, Australia has been Read more…