It’s my great pleasure to rise and speak on the Anti-Money Laundering and Counter-Terrorism Financing and Other Legislation Amendment Bill 2019. The Morrison government’s focus on keeping Australians safe is one of our most important priorities, and this bill represents further measures to keep Australians safe. The passing of this bill is a critical element of our commitment to dismantle the criminal business model, and I am pleased to hear that this bill is receiving the support of all parties in the chamber today. I do note Senator McKim’s comments and his reservations, and I respect the fact that he has some reservations, but, in referring to Senator McKim’s contribution, I do want to just take note of the Legal and Constitutional Affairs Legislation Committee, which conducted an inquiry into the bill and made a recommendation, shared by all members of the committee, that the bill be passed. Senator Whish-Wilson, in his opening paragraph in the Greens’ additional comments on that inquiry, said:

On the whole, this Bill makes sensible and progressive reforms to Australia’s anti-money laundering and counter-terrorism financing (AML/CTF) regime.
So that was the opening position of the Greens. I understand the Greens are seeking an amendment in relation to including real estate agents, accountants and lawyers as ‘designated services’ under the Anti-Money Laundering and Counter-Terrorism Financing Act 2006.

I appreciate that. But it is important to reiterate the Greens strong support for this bill, even though the Greens are seeking an amendment.
It is always interesting to hear the Greens and Labor at each other’s throats in this place. I certainly won’t take issue with Senator McKim’s statement: ‘What is the point of the Labor Party?’ It’s a very strong point. I hope when the Greens are thinking about their preferences at the next election they might reflect on that. We have seen a very sorry history there; no matter how much the Greens are at odds with the Labor Party and how disgusted they are in the Labor Party, we do see a situation at elections where the Greens roll over. They don’t tend to look at the substance of what other parties are offering, including our party, and they will roll over and do a cosy deal with Labor in exchanging preferences and that certainly happened very sadly in Corangamite when I was running in the last federal election. So I hope that all Australians can reflect on that very profound statement of Senator McKim: ‘What is the point of the Labor Party?’

Senator HENDERSON: Of course, Senator Watt, many Australians did ask that question at the last federal election when Mr Shorten was your leader and, of course, they made a very significant decision not to put the Labor Party into government.

This is very important law reform. I’m just going to make a brief contribution. The bill implements a range of measures to strengthen Australia’s capabilities to address money-laundering and terrorism-financing risks and to generate greater regulatory efficiencies. It includes amendments to expand the circumstances in which reporting entities may rely on customer identification and verification procedures undertaken by a third party; amendments to explicitly prohibit reporting entities from providing a designated service if customer identification procedures cannot be performed. It strengthens protections on correspondent banking by prohibiting financial institutions from entering into a correspondent banking relationship with another financial institution which permits its accounts to be used by a shell bank, and it requires banks to conduct due diligence assessments before entering and during all correspondent banking relationships.

The bill expands exceptions to the prohibition on tipping off to permit reporting entities to share suspicious matter reports and related information with external auditors and foreign members of corporate and designated business groups. It provides a simplified and flexible framework for the use and disclosure of financial intelligence to better support combatting money laundering, terrorism financing and other serious crimes.

I also want to make the point in relation to Senator McKim’s contribution—in which he tended to focus mainly on the real estate market—that the bottom line is in this country anti-money-laundering is not acceptable in any form, for any purpose, no matter what it is. That’s what this bill is all about. It also addresses barriers to the successful prosecution of money-laundering offences by clarifying the existence of one Commonwealth constitution or connector is sufficient to establish an instrument of crime offence, and by deeming that money or property provided by undercover law enforcement as part of a controlled operation to be the proceeds of crime for the purposes of prosecution. The bill also expands the rule-making powers of the Chief Executive Officer of AUSTRAC across a number of areas. Another important amendment is that the bill amends the AFP Act to make it an offence for a person to dishonestly represent that a police award has been conferred on them.

This is very important law reform. The Morrison government is committed to doing everything possible to stop criminals from exploiting hardworking Australians and their families. We are committed to combatting transnational, serious and organised crime, and that’s why this bill is so important. I commend this bill to the Senate. 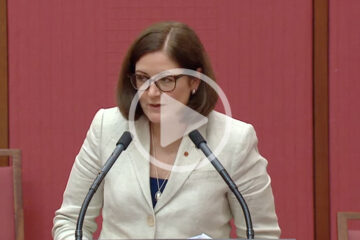 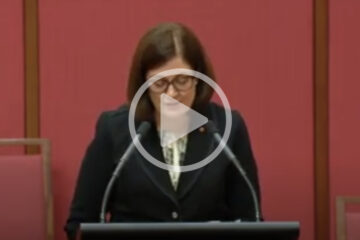 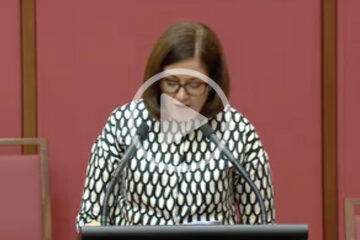