A massive construction blitz will see trains travelling faster on the Echuca Line before the year’s end.

The track upgrades will allow trains to travel at up to 130 km/h between Epsom and the new Goornong Station, up from the 80 km/h they travel currently, enabling people to get where they need to go sooner.

Ms Allan said construction would also commence on the new Victorian Government-funded stations at Goornong and Huntly while trains are not running.

“The people in these communities have told us how important these new stations are to them and the future of their towns, so it’s great to see construction getting underway,” she said.

“By doing these station works alongside these vital track upgrades, we’re reducing the need for future disruptions on the line and making life easier for passengers as we deliver these massive benefits.”

Federal Member for Nicholls Damian Drum said the upgrades will enable trains to travel faster between the major regional centres of Bendigo and Echuca.

“These upgrades are all about bringing communities between closer together and strengthening the regional economy,” Mr Drum said.

Senator for Victoria Sarah Henderson said the Morrison Government has made a significant contribution to upgrading regional train travel right across Victoria through the Regional Rail Revival.

“The $176.2 million Bendigo and Echuca Line Upgrade is part of a broader investment in Regional Rail Revival that is upgrading every regional passenger rail line in the state and creating 3,000 jobs,” Senator Henderson said.

“The Morrison Government’s commitment to Regional Rail Revival is part of our record $110 billion infrastructure investment pipeline, which is helping secure our economic recovery and keeping Australians safe and secure.”

Deliveries of new ballast and concrete sleepers have commenced along the line ahead of track works starting on 1 September.

Critical works including track alignment and platform construction will take place at the new Goornong and Huntly stations.

The new station at Goornong is targeted for completion by the end of the year, with Huntly to follow in mid-2022 and Raywood Station on the Swan Hill Line at the end of 2022.

Development of the new electronic train order (ETO) system being delivered by V/Line as part of the Bendigo and Echuca Line Upgrade is also progressing, which will allow additional weekday return services to both Eaglehawk and Epsom, and triple the number of weekday services to and from Echuca after completion in late 2022. 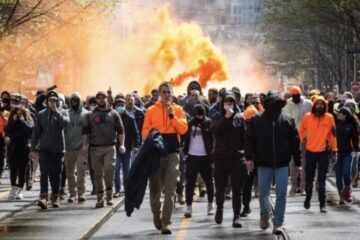 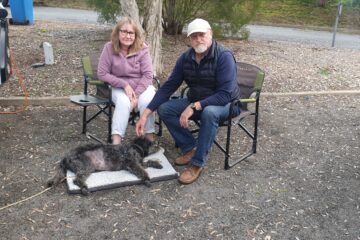