Passengers will soon benefit from more frequent and reliable train services with the completion of major works on the Waurn Ponds Station Upgrade.

Commissioning and critical safety testing is now to take place in coming weeks to enable additional services to run on the Warrnambool Rail Line.

Deputy Prime Minister and Minister for Infrastructure, Transport and Regional Development Barnaby Joyce said the project is being delivered by the Australian and Victorian governments, as part of a $511 million commitment across the Warrnambool Rail Line.

“This project is another example of the Australian Government’s determination to provide for the people of Victoria, to make sure the infrastructure they need and deserve is funded and delivered,” the Deputy Prime Minister said.

“This vital transport infrastructure is helping to connect communities and improve safety, while also creating jobs and supporting our economic recovery.”

Victorian Minister for Transport Infrastructure Jacinta Allan said a new forecourt and drop off zone will also open to the public after safety inspections take place next year.

“We’re getting on with these works to make Waurn Ponds station safer, more user-friendly and easier to get to,” Ms Allan said.

“The upgrade is part of our massive investment in better train services to Geelong and Victoria’s south west.”

The upgrade also includes the construction of a second platform on the south side of the station – with an accessible pedestrian overpass connecting it to the existing platform. Final fit outs on the second platform will be completed in early 2022, including line marking and seating installation.

With a large majority of the funding being delivered by the Australian Government, I am very proud of the many ways in which we are investing in local infrastructure projects including this vital rail upgrade.”

State Member for South Barwon Darren Cheeseman said passengers on the Warrnambool Rail Line will reap the rewards of the upgrade.

“This line is a vital part of our rail network – and these works at Waurn Ponds Station will give passengers the frequent and more reliable train services they deserve,” Mr Cheeseman said.

“It’s great to see major works completed, and passengers can look forward to more benefits when commissioning gets underway next year.”

Commissioning will include relocating a live signalling box from the rail corridor to allow the final 50-metre section of rail to be installed, and completing track duplication at the station. More than 2,000 sleepers and 2.9 kilometres of new rail has already been laid.

Major earthworks have also continued at the site for the new train stabling and maintenance facility near Waurn Ponds, which will allow track installation works to take place this year.

Crews have since installed drainage and commenced work on the new track to link the main line to the stabling facility – which will support the extension of services on the line to Waurn Ponds.

The Australian and Victorian governments have invested more than $4 billion in Victoria’s regional rail network, which is upgrading every passenger rail line in Victoria and creating more than 3,000 jobs and local supplier opportunities. 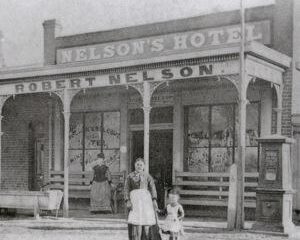