I condemn Labor’s decision to block the delivery of the Coalition’s $1.3 billion Modern Manufacturing Initiative including a $12 million grant for Carbon Revolution, one of the Geelong’s most successful advanced manufacturers.

It is extremely disappointing that on this first day of the 47th Parliament, Labor’s first decision for our region is to turn its back on local manufacturing.

As reported, the Albanese government has placed the Coalition’s massive investment in Australian manufacturing on ice until it conducts a “value for money” review.

On 10 May 2022, I announced with the then Minister for Industry, Energy and Emission Reduction, Angus Taylor, a $12 million grant for Carbon Revolution’s $33 million project to expand its advanced manufacturing of carbon fibre wheels to the global electric vehicle (EV) market. This was funded under the Coalition’s Modern Manufacturing Initiative (Manufacturing Integration Stream – Recycling & Clean Energy).

Not only will this project enable Carbon Revolution to produce an additional 75,000 carbon fibre wheels per annum at 60 per cent lower cost, supporting state of the art clean energy technology and 332 jobs, it will also position Australia as a leader in the production and export of carbon fibre wheels.

This heartless attack by Labor’s razor gang demonstrates a callous disregard for Australian manufacturing and the investment certainty manufacturers require at this very challenging time.

In threatening to cripple Carbon Revolution’s EV project, Labor MPs Richard Marles and Libby Coker have completely failed to stand up for Geelong manufacturing. Corio and Corangamite residents will rightly be disgusted.

I call on the Albanese government to call off its razor gang, urgently reverse this decision and finalise its funding agreement with Carbon Revolution.

When the Coalition won government in 2013, I worked closely with local companies and other stakeholders to ensure that any local uncontracted funding decision, announced by the former Labor government, was finalised and delivered. Labor must show some heart and do the same. 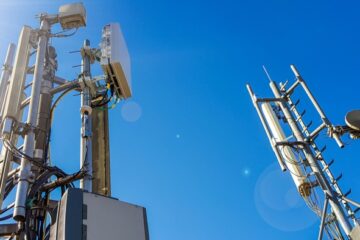 Less than 24 hours after calling out Labor’s failure to confirm the Peri-Urban Mobile Program (PUMP), once again Minister Rowland has deceptively cut and pasted Coalition policy and branded it as Labor’s own. It was Read more…