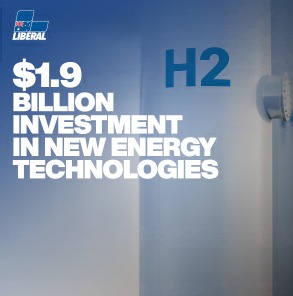 JMR WITH THE PRIME MINISTER AND ENERGY MINISTER TAYLOR

The Liberal National Government is investing in new and emerging technologies that will support jobs, strengthen our economy and reduce emissions.

Prime Minister Scott Morrison said the $1.9 billion investment package in future technologies to lower emissions would back jobs now and into the future, cut costs for households and improve the reliability of our energy supply.

The Prime Minister said the Government is supporting the next generation of energy technologies with an extra $1.62 billion for the Australian Renewable Energy Agency (ARENA) to invest, as well as expanding the focus of ARENA and the Clean Energy Finance Corporation (CEFC) to back new technologies that will create jobs and cut emissions in agriculture, manufacturing, industry and transport.

“Our JobMaker plan is about protecting and creating the jobs of today and positioning Australia for the jobs of the future, which is why our investment in new technologies is so crucial,” the Prime Minister said.

“Australia is in the midst of a world-leading boom in renewable energy with over $30 billion invested since 2017. Solar panels and wind farms are now clearly commercially viable and have graduated from the need for government subsidies and the market has stepped up to invest.

“The Government will now focus its efforts on the next challenge: unlocking new technologies across the economy to help drive down costs, create jobs, improve reliability and reduce emissions. This will support our traditional industries – manufacturing, agriculture, transport – while positioning our economy for the future.

“These investments create jobs and they bring new technologies into play. This will not only cut emissions, but deliver the reliable energy Australia needs while driving down prices for homes and businesses.”

The new package also invests in a range of promising low-emissions, reliable new technology advancements including:
· Contributing $52.2 million to increase the energy productivity of homes and businesses, including a sector specific grant program for hotels supporting equipment and facilities upgrades
· Slashing the time taken to develop new Emissions Reduction Fund (ERF) methods from 24 months or more to less than 12 months, involving industry in a co-design process and implementing other recommendations from the King Review into the ERF, worth $24.6 million and
· $50 million to support pilot Carbon Capture Use and Storage (CCUS) projects located in regional areas.

Minister for Energy and Emissions Reduction Angus Taylor said getting the next generation of energy technologies right would not only help to keep prices low and the lights on, but would importantly grow jobs, strengthen the economy and reduce emissions.

“The Government recognises the strong growth in emerging energy technologies that will play a role in Australia’s energy mix into the future. We need to get the balance right and our investment to re-energise ARENA will deliver that.

“ARENA has played an important role in this growth, and as the cost of renewable technologies has fallen dramatically, the Government is investing in the future of ARENA to support the next generation of energy technologies.”

“An approach that doesn’t compromise energy affordability or reliability will be more important than ever as we recover from the COVID-19 pandemic,” Senator Henderson said.

“Getting these technologies right will create new jobs in the regions and maintain Australia position as a world leading exporter of food, fibre, minerals and energy”
This package will contribute to Australia’s continued success in meeting and beating our emissions reduction targets. Australia beat its Kyoto-era targets by up to 430 million tonnes and the Government is on track to meet and beat our 2030 Paris target.

As a nation, Australia has done far better than similar export-oriented countries with emissions now 14.3 per cent below 2005 levels. This is an achievement all Australians can be proud of.

Early-stage investment is a proven method to accelerate the development of new and emerging technologies. The Technology Investment Roadmap will provide a strategic framework to prioritise the Government’s investments. 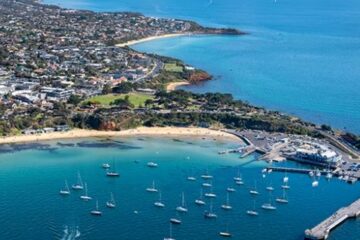 Labor must unlock the Mornington Peninsula 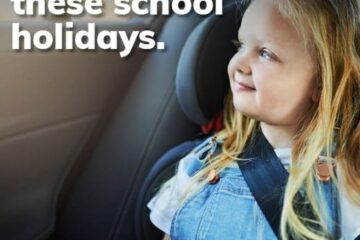 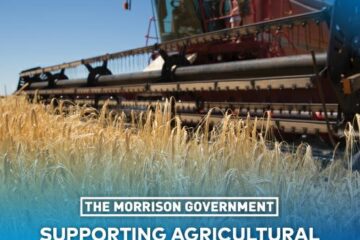 JMR WITH AGRICULTURE MINISTER LITTLEPROUD • Applications open for the Supporting Agricultural Shows and Field Days program. • COVID-19 is having an unprecedented impact on agricultural shows and field days, with most cancelled for 2020. Read more…