And the standard of treatment Anthony Albanese and the Labor Party have given the late Kimberley Kitching – and the very publicly aired claims that she was bullied – lay out the hypocrisy, double standards and weakness that’s at the heart of the character of the leader of the Labor Party.

It has been widely reported that the tragic death of Senator Kimberley Kitching came at a time when she was bullied, ostracised, and abandoned by her own party.

It has also been widely reported that, at least according to Senator Kitching, this conduct was spear-headed by a cabal of senior female Labor senators who she called “mean girls” – Penny Wong, Kristina Kenneally and Katy Gallagher.

I believe the late Senator’s words.

I also believe them because I’ve been on the receiving end of the same sort of  tactics by Penny Wong, sending me legal threats for sharing a Tweet calling out the poor treatment of women.

On 17 March last year, Penny Wong’s lawyers sent me a threatening and intimidating letter in response to my support of Liberal MP Nicole Flint, who was subjected to horrific bullying and harassment during the last election campaign. Clearly, Labor has no issue threatening women in the Liberal Party, and it seems to have no issue with the treatment of women in its own ranks either.

After emerging from days of hiding from questions from the media, yesterday Anthony Albanese stonewalled against calls for an inquiry into the late Senator’s treatment under his leadership in the Labor Party he runs today.

Mr Albanese has called for countless independent investigations into the behaviour of his political rivals, but he doesn’t have the guts to deal with that same behaviour within his own team.

Over the past fortnight, multiple friends of the late senator have spoken up about her treatment by Anthony Albanese’s Labor Party, yet there’s been deafening silence and a refusal to act.

Anthony Albanese has decided that there is no need for an inquiry into allegations against the Labor Party because he claims Senator Kitching never raised a formal complaint with him. This is a puerile response.  This also compounds the way Kimberley Kitching was silenced and marginalised as she battled, in the words of her husband, the “cantankerous cabal.”

So Mr Albanese would rather protect the alleged bullies in his own party than their victims. The hypocrisy of his actions and motivations are there for all to see.

To do anything other than have an inquiry into the treatment of Kimberley Kitching discredits her memory and her enormous contribution to public life. 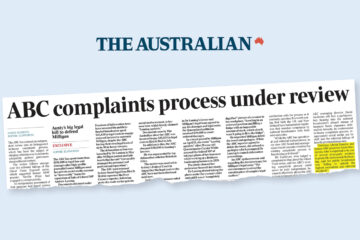