Following a meeting last week with the Mayor of the City of Greater Geelong, I am delighted to confirm that Cr Stephanie Asher is strongly backing the construction of a new 50 metre pool for the Bellarine and that council has commenced a scoping study to determine the best location.

Prior to the May federal election, I announced a re-elected Morrison Liberal Government would deliver $10 million for a new 50 metre outdoor pool complete with change room facilities, contingent on this facility being built on the north Bellarine.  In May, the cost of constructing a 50 metre outdoor pool complete with a membrane roof was assessed at being around $7 million.  Some $3 million has been allocated to change rooms, a kiosk and other ancillary facilities.

Based on extensive community feedback I received at the time, the preferred locations are Drysdale or Portarlington.  I continue to call on the state Labor Government to fund stage 2 of this facility being an indoor hydrotherapy/program pool.

It is surprising that the current member for Corangamite is only now meeting with community members about these much needed facilities. Why did she not listen before the election?  In refusing to commit to any funding except for a small amount for a feasibility study, the current member has once again demonstrated her ineffectiveness as a local representative.

Bellarine residents understand that the Liberals have delivered and that Labor failed to do so.  Rather than seek to divide the community, the current member should be should be lobbying the Victorian Labor government for stage 2 funding to construct an indoor hydrotherapy pool.  The bottom line is that we need both a 50 metre pool and an indoor pool – Bellarine MP Lisa Neville should stop sitting on her hands and start delivering.

Last week I also met with Surf Coast Shire Mayor Rose Hodge and CEO Keith Baillie who have raised concerns about the cost of a Surf Coast aquatic centre including a 50 metre pool.

On behalf of the Morrison Liberal Government, I was delighted to secure $20 million for a new Surf Coast aquatic centre in Torquay which is contingent on this including a 50 metre pool.  Along with the state’s commitment of $10 million, this presents Surf Coast Shire with an incredible and unique opportunity to construct a state of the art aquatic centre.  With population growth becoming more of an issue, this vital community facility is long overdue.

Surf Coast Shire, backed by the current member for Corangamite who stymied this development for years as a local councillor, has played politics with this issue for far too long.

I am very hopeful that the Shire will support and help fund a proper aquatic facility complete with 50 metre pool which is in the best interests of Surf Coast residents.  This opportunity simply cannot be squandered.  I look forward to further advice in the near future. 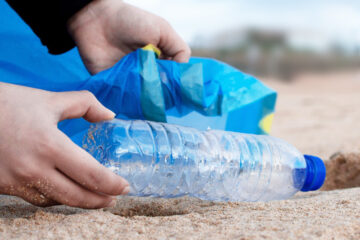