Senator HENDERSON (Victoria) (21:22): In a couple of months Australians will go to the polls. There has never been a more important election. At a time when Australia needs certainty, Mr Albanese, the most extreme-Left Labor MP to ever lead the Labor Party, would be a risk to our economy and our security.

So what has Mr Albanese stood for? Just consider his record: a carbon tax, a mining tax, a congestion tax, higher super taxes, higher income taxes, a housing tax, a retirees tax, a family business tax and an inheritance tax. Even today, after a track record of supporting higher taxes on retirees, housing and incomes, he has failed to rule out higher taxes on Australian family businesses. As part of the Rudd-Gillard government, he supported unwinding Australia’s strong border protections. Under Mr Albanese’s leadership, Labor has voted against laws to help deport foreign nationals who commit violent crimes.

Mr Albanese would be too weak to stand up to the Greens, the unions or even Mr Shorten, and too weak to stand up for Australia’s national interests. Just consider the Labor Left, particularly in Victoria, and its absolute, profound failure to oppose Daniel Andrews’s insidious Belt and Road agreement. I say shame on Mr Albanese and shame on the members for Corangamite, Bendigo and Ballarat, amongst others.

Mr Albanese is a weak leader who does not know what he stands for. On major policy issues like JobKeeper and income tax relief, he flip-flops and cannot stick to a position. Mr Albanese and Labor even flip-flopped on their only major policy in response to the pandemic: a plan to spend around $6 billion to pay every person $300 to get a vaccine. Just imagine if he had control of the Treasury.

Mr Albanese and Labor have no plan for our economy and no plan to keep Australians safe. He is certainly not resonating in the federal electorate of Corangamite.

I can report very reliably that the lacklustre and ineffective current Corangamite Labor MP, when visiting the chicken shop in Ocean Grove, told a local resident that she understood that Mr Albanese was not well liked and was in fact a real problem.

New government estimates have revealed that Labor policies announced during the pandemic would have equated to an additional $81 billion in COVID spending. This would have led to a major blowout in the budget bottom line. Just consider the risks of a Labor-Greens alliance, because I say to all Australians: that is what you will get if Labor is elected. The true cost of the Greens’ reckless proposal to put a moratorium on mining, coal, gas and oil is staggering, a moratorium that Anthony Albanese would need to indulge on the other side of the election if he wishes to form government. We’ve seen it before and we will see it again. Figures confirm that if the Greens get their way and force Labor down this path and there’s a hung parliament at least 80,000 jobs will be put at risk, 50,000 in construction and 30,000 in ongoing employment across the country, as well as more than half a trillion dollars of investment in local communities right across Australia. The resources and energy sector contributed just over $35 billion in royalties and company tax in last year’s figures, so, if we take those billions away, it’s up to Labor and the Greens to tell us which schools, which hospitals and which pensioners will be hit and where funding will be lost and taken.

Of the projects in the pipeline across the country, $185 billion are directly contributing to lowering emissions—hydrogen, ammonia and carbon capture and storage projects. The Greens policies are so short-sighted, killing off investment in the resources sector will also impact our aim to reach net zero by 2050. Gas, in particular, will play a critical role as we transition to a lower emissions future, and we all know and have heard that the member for Corangamite has absolutely rejected gas. As I say, the Labor-Greens alliance is bad for jobs, bad for investment, bad for the budget and bad for any ambitions to reach net zero.

I say to all Australians: at the next election don’t risk Labor. 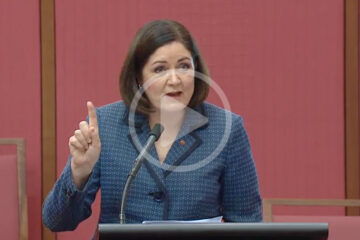