I rise in this adjournment debate to place on the record in the Australian Senate my profound concern about the Victorian Labor government’s treacherous decision to enter into a belt-and-road initiative agreement, or BRI, with the Chinese communist government. I say ‘treacherous’—and that’s a strong word—because that’s exactly what it is. This is not just an agreement contrary to the foreign policy of the Australian government; it’s contrary to the national interest, including on national security grounds.

On 30 April, I was the first parliamentarian, state or federal, to call on Premier Daniel Andrews to cancel this agreement. Once again in this place I call on the Premier to rip it up and to put Victoria’s interests ahead of China’s. Today Prime Minister Morrison told Neil Mitchell on radio station 3AW that Daniel Andrews has done the wrong thing. He should admit it and he should withdraw Victoria today from the BRI. We have a mutual interest in making sure that we as a country sing with one voice when it comes to dealing with foreign nations and geopolitics. The Victorian Liberal-National opposition will axe this deal if elected in 2022, I am very pleased to report.

Last week Premier Andrews made one of the most extraordinary statements in the Victorian parliament. He said:

I would not agree with the notion that I might go to Beijing and provide a lecture on a whole range of these matters whilst at the same time encouraging the Chinese to buy Victorian products. I do not think that would be particularly conducive to more jobs or a stronger relationship. Now if that is the mission of those opposite—to actually sell less goods to less customers—well, we do not agree with that approach. And if the Leader of the Opposition wants to lead a human rights delegation to China or any other country and then try and do a trade deal at the same time, I wish him luck because I reckon he will need it.

So it very much appears that this belt-and-road agreement has bought the Premier’s silence on issues as important as human rights in China, including the terrible situation in Hong Kong, with the imposition of Chinese security laws, and the detention of more than one million Uighur Muslims in so-called re-education camps or, more correctly, forced labour camps.

But the irony of the Premier’s human rights trade-off is that it has done nothing to deliver more exports to China. The shocking tariff hit on barley exports is in fact a breach of the BRI and, of course, will cause enormous damage to Victorian farmers. The BRI has also done nothing to stop the messages that we are receiving that have been delivered to Chinese students and Chinese tourists that Australia should be avoided. Of course, our government has very strongly rejected that notion. That’s because the BRI is all about financing the Victorian government’s projects in exchange for ensuring that Chinese companies and Chinese workers are given priority access to Victoria. This will hurt Victorian workers. But what’s so concerning is that we have no details of these deals and the impact that this will have on the Victorian economy.

As we grapple with the massive economic and health challenges of recovering from the coronavirus pandemic, our economic sovereignty has never been more important. Our trading relationship with China is incredibly important, but, as the Prime Minister says, we won’t bow or trade away our values when it comes to being an open trading economy, including our position on our telecommunications networks, on foreign interference, on how we stand up on issues of human rights or on freedom of navigation.

We won’t avoid asking the hard questions, such as leading the charge on an international inquiry into the cause and spread of the coronavirus.

Make no mistake: the BRI is a foreign policy and economic strategy of the CCP designed to grow its power and influence across the globe. Even if Victoria can avoid debt-trap diplomacy, as has occurred in other parts of the world, there will be a price to pay. China’s Belt and Road Initiative is the wrong road for Victoria, and it’s a pity that Victorian federal Labor MPs, such as the member for Corangamite, do not have the guts to stand up to Daniel Andrews on this issue. They are happy to sell Victorian workers up the river, and I condemn this deal in the strongest possible terms. 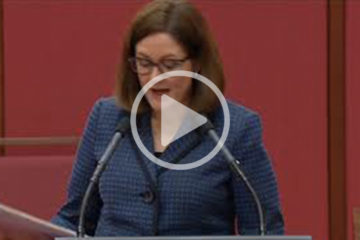 It’s my great pleasure to present Human rights scrutiny report: Report 7 of 2020 of the Parliamentary Joint Committee on Human Rights. I move: That the Senate take note of the report. I am pleased Read more… 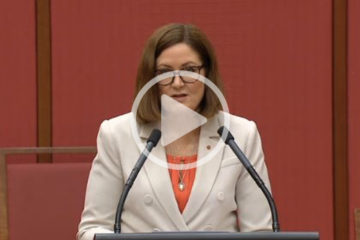 I rise in this adjournment debate to provide a progress report on some of the key projects the Morrison Liberal government is delivering for the Corangamite electorate, across the greater Geelong region and through south-west Read more… It’s my great pleasure to rise and speak on the Crimes Legislation Amendment (Sexual Crimes Against Children and Community Protection Measures) Bill 2019. The Morrison government is resolute in its commitment to protect children from Read more…