ABC must deliver for Geelong

In Senate Estimates this week, I raised with the ABC’s Managing Director David Anderson the failure of the national broadcaster to establish a dedicated ABC office in Geelong, despite committing to do so.

The ABC’s so called Geelong office is the worst in the country. For a number of years, ABC journalists operated out of a tiny room at Pulse FM Geelong. Several months ago, the ABC Geelong “office” was moved to a co-working space at the Geelong Arts Centre.

The ABC agreed to establish a local news bureau in Geelong in 2013 but since that time has demonstrated a wholly inadequate commitment to our city.

I have also sought answers from Mr Anderson as to why Geelong-based journalists were being re-located to work in Melbourne, making a farce of its commitment to regional broadcasting.

This comes on the back of the ABC pocketing $500,000 provided by the Howard Government to fund an ABC Geelong radio station which was never delivered.

I will continue to hold the ABC to account for its city-centric focus and its failure to adequately invest in regional communities.

The ABC is a much loved and valued organisation for which I worked for nine years but not enough of the more than $1 billion it receives in annual funding is spent in the regions.

The ABC has operational independence and, with a few limited exceptions, determines its operational expenditure. The buck stops with its Editor In Chief, Mr Anderson.

It is pathetic that Mr Marles defends the ABC’s failure to deliver for Geelong.

I did not call for extra funding and resources as Mr Marles suggests who clearly knows nothing about the national broadcaster’s obligation to regional newsrooms.

Not only is funding for the ABC going up each year, under the Enhanced News Services funding stream, the ABC is receiving $43.7 million over three years (from 1 July 2019) to support outer suburban and regional newsrooms including the Geelong operation.

So why is Geelong receiving such a small share of the pie? This is a complete embarrassment which the ABC must fix.

As for Corangamite MP Libby Coker who posed for a photo opportunity outside Pulse FM in June this year, she could not care less about holding the ABC to account. She is all show and no substance. Traceability grants to boost our premium exports from regional Victoria 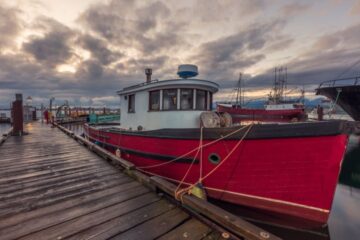 JMR WITH ENVIRONMENT MINISTER LEY A national audit of koala populations will be a key component of an $18 million package to help protect Australia’s iconic species. The landmark koala package will include funding for Read more…