It is my great pleasure to rise to speak on the Treasury Laws Amendment (News Media and Digital Platforms Mandatory Bargaining Code) Bill 2021. This bill brings together the results of three years of extensive public consultation by the Morrison government with stakeholders right across Australia’s vast media landscape. These laws were drafted closely with the Australian Competition and Consumer Commission, which had found that government intervention was required to correct the enormous imbalance of bargaining power between digital platforms and local news businesses. The code represents a world first. This is a global first in tackling the glaring issue of the decline in traditional advertising revenues, where traditional media organisations in this country are being subjected to what we can only say—and in recent days we’ve seen this, obviously, from Facebook—is nothing less than abuse of market power. There has been a dramatic change in our media landscape.

Fundamentally, this bill is about ensuring that journalists are properly remunerated for the content they generate, which, of course, so benefits the global technology platforms. I understand firsthand the sweat, the blood and the tears that go into producing quality journalism. I worked over some 16 years for a number of media organisations, including channels 7, 9 and 10 and the ABC, in various roles in news and current affairs. I also made a few documentaries. I well understand the hard yakka it takes to produce one one-minute news story. It involves a lot of resources, a lot of people—camera operators, journalists, editors, producers—and all of the technical requirements to actually broadcast. Things have changed a lot, of course. It is now a lot easier to broadcast live than it was in the old days. But there has been a dramatic change in our media landscape, where the margins of our traditional media companies are being squeezed by the big global players. This code is all about providing a level playing field.

A strong democracy requires a free, diverse and sustainable domestic news media sector. This bill will support Australian publishers and broadcasters, big, medium and small, through a number of crucial measures. These include measures to encourage parties to undertake commercial negotiations outside of the code and to support small news media businesses with efficient pathways to finalise agreements with platforms by enabling them to publish standard offers.

Another measure is to establish a negotiation framework under the code which allows parties to bargain in good faith and reach binding agreements. In contrast to the appalling behaviour we have seen from Facebook in recent days, I do want to commend the conduct of Google, which has entered into a number of very significant deals with media companies in this country, including News Corp Australia, the Nine Network and the Seven Network. I hope and trust that there will be more deals to follow, including for smaller regional players, which are also vitally important in holding us as a government to account, in our democracy and, of course, in ensuring that public interest journalism in Australia is alive and well.

There is a measure in the bill which sets clear and workable minimum standards for digital platforms, including requiring 14 days advance notice of deliberate algorithm changes which impact news media businesses, and a measure which ensures that an independent arbiter is able to determine the level of remuneration that should be paid under a fair and balanced final-offer arbitration model, should the parties be unable to reach agreement. 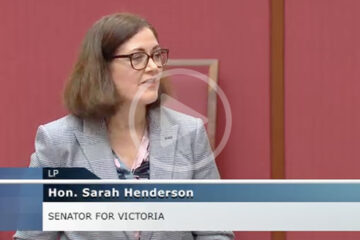 Question without notice to Acting Minister for Housing Anne Ruston, 11 May 2021 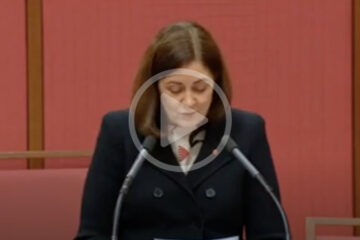 ﻿ It’s my great pleasure to rise and speak on the Fair Work Amendment (Supporting Australia’s Jobs and Economic Recovery) Bill 2021. I was disappointed to hear the contribution of Senator Gallacher, who made a Read more… 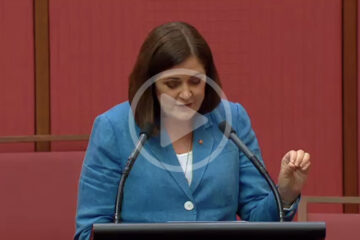 I rise to speak on this MPI. I want to condemn the Labor Party for the economically reckless position it has adopted in opposing the Morrison government’s $1.2 billion aviation and tourism package. I’m a Read more…